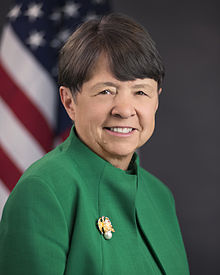 Now, Wall Street On Parade has uncovered a major new area of concern. For more than two years now, SEC Chair Mary Jo White has been aware that the most dangerous banks on Wall Street, which are publicly traded securities, have been engaging in “capital relief trades” with hedge funds and private equity firms to dress up the appearance of stronger capital while keeping the deteriorating assets on their books. But neither White nor her Director of Enforcement, Andrew Ceresney, have put a halt to the practice.

Both White and Ceresney hail from the corporate law firm, Debevoise & Plimpton, whose clients include the biggest banks on Wall Street. White spent the bulk of the last 40 years at Debevoise and brought along Ceresney to head up enforcement when she joined the SEC. Ceresney had been with Debevoise since 2005, representing people charged with corporate crimes and securities fraud.

via If Elizabeth Warren Is Already Angry at Mary Jo White, Wait Until She Hears About This.

Remember how in the aftermath of the economic collapse, after the banks received massive taxpayer bailouts, some of the same financial institutions totally botched the handling of an epochal wave of foreclosures that their actions had helped to bring about? And how untold thousands of people lost their homes as a result? And how federal regulators chose to ignore warnings about the looming crisis, then looked the other way as mortgage companies misapplied homeowner payments, lost piles of paperwork, and generally made it next to impossible for borrowers to take advantage of (flawed) government-sponsored refinancing programs meant to stem the tide of foreclosures?

Pope Francis’s forthcoming encyclical on the environment has been described as “long-awaited” and “much-anticipated.” Indeed, as Peter Smith, who covers religion for the Pittsburgh Post-Gazette, recently put it: “Rarely in modern times has a major papal pronouncement received so much attention and debate before it’s even been delivered.” And why not? In addition to being Francis’s first encyclical, it will be the first encyclical on the environment in the history of the Roman Catholic Church.

via 5 Reasons Pope Francis’s Encyclical on the Environment Matters | Alternet.

In the past decade, the legal profession has gone through an identity crisis of sorts. The recession brought years of bad news, layoffs, and closings; and although the industry is better and some top firms have seen their profits rebound, solo practitioners — the majority of all licensed attorneys — have seen significant decreases in their yearly income topping off at an average of $49,130; down from an inflation adjusted rate of $70,747 in 1988.

There are many reasons for this decline, but none more devastating to small practitioners than a shift in how legal services are offered and consumed through technology. Legal service organizations are turning do-it-yourself law into a reality. Relatively simply processes — the ‘bread and butter’ work for smaller firms — like wills, trusts, and leases can now be done through automated processes at a fraction of a firm’s cost.

via eDiscovery: The Crucial Next Step In Law School Curriculum | Big Law Business.

“Lawyers can learn from innovators at groups like Doctors Without Borders,” ABA President William Hubbard tweeted. Judit Rius Sanjuan, U.S. manager at the MSF Access Campaign for Doctors Without Borders, spoke about how her organization is working with lawyers to change the way it serves patients, including altering the norms and policies for pharmaceuticals to better deploy cutting-edge vaccines, as well as using intellectual property law to increase access to books and other sources of knowledge.

“Nine out of 10 lawyers are trying to maintain the status quo,” said Sanjuan, who spoke on a panel with design strategist Denis Weil and legal technologist Ron Dolin. “Very few are challenging the system to make sure it is really delivering for underprivileged.”

via True innovation in the legal industry requires outside views and thinking, summit speakers say.