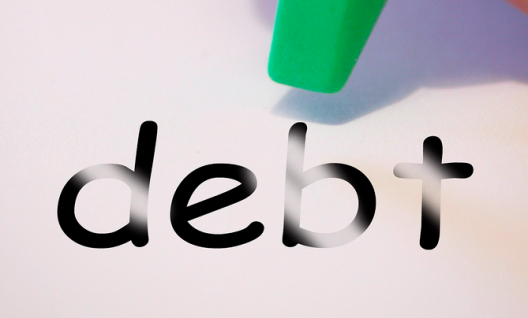 ON A RECENT SATURDAY AFTERNOON, the mayor of Jennings, a St. Louis suburb of about 15,000, settled in before a computer in the empty city council chambers. Yolonda Fountain Henderson, 50, was elected last spring as the city’s first black mayor.

On the screen was a list of every debt collection lawsuit against a resident of her city, at least 4,500 in just five years. Henderson asked to see her own street. On her block of 16 modest ranch-style homes, lawsuits had been filed against the occupants of eight. “That’s my neighbor across the street,” she said, pointing to one line on the screen.

And then she saw her own suit. Henderson, a single mother, fell behind on her sewer bill after losing her job a few years ago, and the utility successfully sued her. That judgment was listed, as well as how one day the company seized $382 from her credit union account — all she had, but not enough to pay off the debt.

via The Color of Debt: How Collection Suits Squeeze Black Neighborhoods – ProPublica. 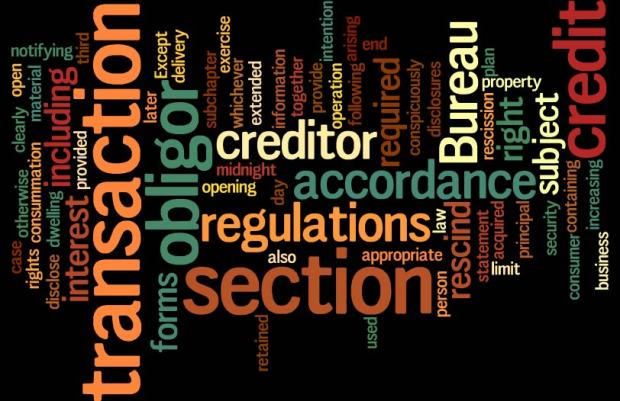 This law review article examines the Truth in Lending Act (TILA) from a different perspective. For several decades now, the banks have been able to steer the courts into re-writing this very important consumer protection statute. This law review article examines the trend of courts to ignore the plain language of TILA and substitute their own view of TILA. In the beginning, judges understood the importance of TILA and the fact that a lender who fails to follow TILA’s plain and unambiguous language has no one to blame but themselves for whatever ills befall them. Below are a couple of my favorite citations from some early TILA cases. I would love to see judges ruling in this fashion once more.

“The creditors, of course, failed to carry out any of their statutory duties, and thus their lament of any inequity being visited upon them is utterly unpersuasive, for the power was completely theirs to prevent this parade of creditor horribles from ever occurring.” Sosa v. Fite, 498 F.2d 114, 119 (5th Cir., 1974).

“Applying these requirements to this case, when defendant Warwick Credit Union received plaintiffs’ notice of rescission, had it complied with the Act (instead of attempting to foreclose) by then returning any money paid by the plaintiffs within 10 days and terminating any security interest created, plaintiffs would have then had to return whatever amounts they had received from such defendant and defendant would have suffered relatively minor pecuniary loss. Sosa, supra at 118-119. However, since the defendant did not comply with the above-stated statutory requisites, it becomes amenable to the rather harsh legislative remedy which the Truth in Lending Act imposes upon errant creditors.” French v. Wilson, 446 F. Supp. 216 (D.R.I., 1978)

Hat tip to Carol Molloy, Esq. in Tennessee in bringing this article to my attention. I think that the author, Alexandra P. Everhart Sickler associate Professor of Law at North Dakota School of Law, has done an excellent job in analyzing the legal precedent, the statutory provisions, the agency rules, and the general attitude of the Courts that seek to restrict the effect of TILA Rescission. Published by Rutgers Journal of Law and Public Policy, this is the best of what I have read thus far. I see many parts that could be quoted in briefs and memorandums of law.

see THE TRUTH SHALL SET YOU FREE

Following is a very good analysis on common law rescission as applied in the case of Wong v Stoler (2015) 237 CA 4th 1375. One of the more interesting comments by the appellate court is that the chief error committed by the trial court was its refusal to effectuate the rescission because of a perceived prejudice to the sellers. The same is true in a TILA rescission. The courts have bought the banks’ arguments that following the strict language and procedures under TILA will prejudice the banks. The banks’ must be protected at all costs even if it means re-writing a Congressional statute.

The basic facts are that the purchasers of a hillside residence in San Carlos rescinded their completed contract because of misstatements made by the sellers to the effect that the property was served by a public sewer, when in fact the system was privately owned by the 13 residents of the area, who all had to share its maintenance costs. The trial court found that the sellers’ statements were negligent misrepresentations, but it declined to order rescission because of the complications involved in unwinding the deal. Instead, it ordered the sellers to indemnify the purchasers for their sewer maintenance costs over the next decade.

The complications that deterred the trial court from granting recessionary relief included that this contract had been completed in 2008. In the seven years since then, the purchasers had spent $300,000 on remodeling the property, including rebuilding the garage and the kitchen and removing much of the landscaping, before giving up attempting to get their neighbors to take the steps the city was requiring about the sewer. Meanwhile, the sellers had spent $100,000 on improving their new house. Would you want to be the judge who had to untangle a mess like that? 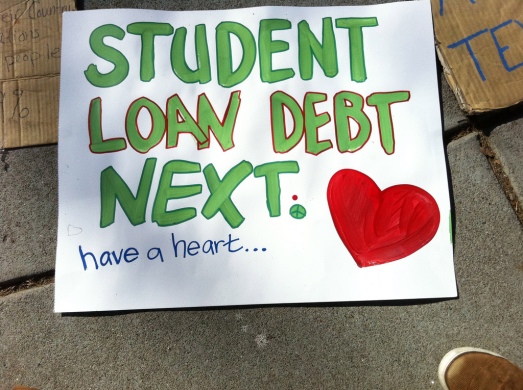 The USA consumer watchdog reported widespread failures in the servicing of student loans on Tuesday and urged new rules to protect borrowers.

An auto finance company and its subsidiary have been ordered to pay $44 million in refunds and balance reductions to consumers, as well as a $4 million fine.