Seven in 10 homeowners who apply for help under the federal government’s signature mortgage aid program are rejected, according to a government report released Wednesday.

The program, called the Home Affordable Modification Program, is meant to help homeowners who are at risk of foreclosure stay in their homes by reducing their monthly mortgage. Since it began in 2009, 5.7 million homeowners have applied for assistance and 4 million have been rejected, according to data provided by the Treasury Department to the Special Inspector General for the Troubled Asset Relief Program. 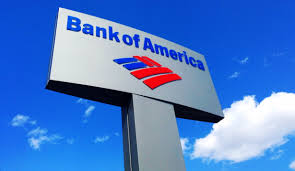 Bank of America brought in $22.3 billion in revenue in the second quarter. Its profit — $5.3 billion — was almost double compared to this time last year, CEO Brian Moynihan said, because expenses were lower and the bank made more loans and originated more mortgages amid an improving U.S. economy.

But a small slice of BofA’s earnings boost, $204 million, came from a relatively obscure New York court case about an even more obscure pre-crisis mortgage deal.

The transaction in question is generally referred to simply as ACE. ACE was a 2006 residential mortgage-backed security whose full name is ACE Securities Corp., Home Equity Loan Trust, Series 2006–SL2, because that’s the sort of unwieldy jumble of a name banks gave mortgage securities in 2006. Also, because ACE was a mortgage security issued in 2006, it turned out to be filled with a lot of really bad mortgages. The mortgages in ACE were so bad — 2,375 of 5,000 loans were allegedly misrepresented — that the investors who bought the security sued the unit of Deutsche Bank that sold it. But it took them until 2012 to realize that and file a lawsuit against Deutsche — just over six years after the deal was done.

via Bank Of America Made $204 Million Because It Sold Bad Mortgages More Than 6 Years Ago.

Almost every company today screens potential hires for cultural fit. But what constitutes a company’s culture and how can you tell if a particular person fits into this particular mold? Read More

Wayne and Oakland counties have both foreclosed on thousands of properties for unpaid taxes in recent years.

But in doing so they’ve denied property owners their due process rights, according to the lawsuits filed in circuit courts for both counties.

Aaron Cox, an attorney for the plaintiffs, says the counties are simply not equipped with the proper infrastructure to deal with the soaring number of tax foreclosures in recent years, and comply with the 1999 state law that lays out how to deal with them.